Aging doesn’t have to mean getting less out of life

The average human's life expectancy has increased greatly over the past century. That's great news - but how do we maintain the quality of our lives as we age? We don't want to be limited by the aches, pains and frailties that for so long have been part of the aging process. We want to keep enjoying the things we did in our younger years – keeping the active, healthy "Spry Life" that we love.

We’ve identified a technology that harnesses the lightest element on earth, the fundamental source of energy and life on the planet. It’s the building block of the universe, the primordial substance from which all other elements were eventually formed.

It’s none other than Hydrogen, and it holds the key to turning advancing age into just a number. 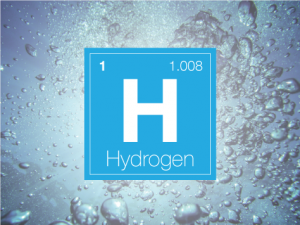 Much of the consumer information available centers on hydrogen water. Water is available already infused with hydrogen, hydrogen tablets are available that dissolve in water, or expensive and cumbersome machines can infuse hydrogen into water. However, since hydrogen is so light, it escapes immediately, releasing much of its potency into the air before you are able to ingest it. That's why we have introduced Spry Life: molecular hydrogen encapsulated in pure Okinawan coral calcium. Some capsule brands use silica – basically sand. The coral calcium is able to harness the maximum amount of hydrogen and lock it into each capsule, only to be released when ingested.

The antioxidant benefits of hydrogen include:

Hydrogen is the lightest and most abundant element on the planet. Hydrogen composes 63% of the human body, 99% of the sun and 90% of the universe. In short, hydrogen is an integral building block of life. Our bodies need Hydrogen to operate. The human body contains trillions of cells, and each cell is powered by the mitochondria, the motor of the cell. The mitochondria takes the electrons carried by hydrogen to produce ATP, the energy source for the cells. ATP, adenosine triphosphate, is composed of three phosphates. The breaking of the bond between the second and third phosphates releases the energy to power virtually all cellular processes. Amazingly, we all generate enough metabolic energy to produce our own body weight in ATP every day just to function! Every second, each of our approximately 50 trillion cells consumes and regenerates 10 million molecules of ATP. ATP is essential for growth, repair, defense, and regeneration of our body. Albert Szent-Györgyi was a Hungarian physiologist who won the Nobel Prize in Physiology for Medicine in 1937. He is credited with discovering vitamin C and the components and reactions of the citric acid cycle. He explained that hydrogen, rather than oxygen, is the fuel of life. It is common knowledge that oxygen is necessary for humans to live. However, hydrogen is the fuel that powers our cells by donating electrons to the electron transport chain and combining with oxygen to form water. Oxygen is simply the receiver of the used electrons during combustion in the mitochondria. Dr. Szent-Györgyi was the first to show that our bodies store hydrogen in many organs, referring to it as “hydrogen pooling” and showed which organs stored the greatest amount of hydrogen. He explained that the liver pools the most hydrogen because it is the second largest organ after the skin and it requires hydrogen to neutralize free radicals that are present during detoxification of the blood.

The abundance of hydrogen and antioxidants is the key to a healthy life.

Food, water, and air are all sources of hydrogen. However, food is a primary source of hydrogen in the traditional sense because all carbohydrates, proteins, and fats are broken down so hydrogen is released for use. Even though food has an abundance of hydrogen, it must be broken down for our bodies to utilize the hydrogen it contains and along the way free radicals use up some of the hydrogen, leading to dehydration overall. By taking Spry Life Hydrogen supplements that contain an abundance of hydrogen ions, acting as antioxidants AND fuel for the body, our bodies don’t have to work so hard to achieve optimal health and condition. Our cells will be better protected from free radicals, and the mitochondria in our cells will have extra hydrogen to use as fuel to produce ATP, helping us to feel more energetic, and also boost our metabolic activity to strengthen our immunity system, slowing down the aging process.

The health benefits of molecular hydrogen have been widely understood throughout Japan for years, and are now being discovered in the U.S. Many studies and clinical research trials have been conducted proving that molecular hydrogen is the most effective antioxidant available. Much of this information can be found at the Molecular Hydrogen Foundation.

Due to circumstances concerning COVID-19, our online stores will be delayed. We sincerely apologize for the inconvenience and urge that you, our valued customers stay safe during this time. COVID-19の影響のため、3/23よりオンラインオーダーの発送にお時間をいただきますこと、どうぞご了承くださいませ。皆様、どうぞご自愛ください。